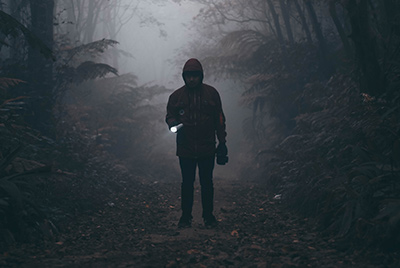 There is no place in the country that is completely crime-free, but the low crime statistics in Star Idaho prove that some cities are safer by far than others. In fact, AreaVibes says that safety in Star Idaho is higher than 56 percent of other U.S. cities. Most people are drawn to small towns such as Star because of perceived safety, but a small community isn't always a guarantee of low crime. In 2013, Parade reported on a study that found that deaths resulting from injury were 22 percent more probable in rural areas than in larger cities. That is why it's reassuring to know that's not the case if you are considering a move to Star because it truly is one of the safer towns in Idaho as well as in the nation.

The overall Star Idaho crime rate is 33 percent lower than the median rate across the nation. Typically crime data is computed per 100,000 people, but Star truly is a small Idaho town with a population of just 7,295 to 2014 numbers. That means drilling down the reported per 100,000 data shows that a Star Idaho crime is committed at a rate of about one every third day. Of course, that is an average, but compared to other cities that see several to several hundred crimes committed daily, safety in Star Idaho is much higher than other small towns.

Naturally, citizens of any town would prefer that no crimes be committed in their community, but at least the crime in Star Idaho doesn't tend to be excessively violent. You won't find murders, rapes, or shootings on the local police log. Star Idaho crime is made up mostly of theft, burglary, assault, and vandalism, according to SpotCrime.com. Those types of crimes are manageable and even avoidable. It is always good advice is to get to know your neighbors and join the Neighborhood Watch. Safety in Star Idaho is a priority for the Ada County Sheriff's Office, and the department is a great resource for new and existing Watch groups. Also, many new construction homes include home security systems, but wireless technology makes installing them in existing homes easy. Plus, adding home security to your house wherever you live can save money by reducing your home insurance rates.

Safety in Star Idaho Makes it a Terrific Place to Live

People come to Star for the safety factor in addition to the small-town atmosphere that is just minutes away from the businesses, shopping, and entertainment of bigger cities. They stay when they find that the safety in Star Idaho along with everything appealing about a small town actually exists there. It is one of the few places that lives up to its reputation. If you are impressed with the crime statistics in Star Idaho and are interested in making the move there, you'll want help from an experienced real estate agent to find homes for sale in Star, Idaho in the very best neighborhoods. The team at Stewart Realty knows homes and they know the Star area. To find out more about Star or other nice cities of Southwestern Idaho, give Jeff Stewart at Stewart Realty a call for a personal tour of the area and some great homes that fit your style and budget.